Edited by B. Davies

WHO: Researchers at the University of Southern California have conducted some exciting new myelopathy research
WHAT: The researchers have developed and validated a screening test for myelopathy 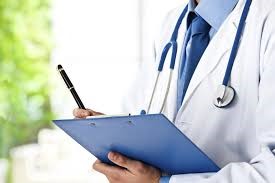 WHY: In medicine there are 2 types of tests: screening tests and diagnostic tests. Screening tests tend to be quick, safe, require few resources and are appropriate to use on a very large scale, for example all people at risk of having a particular medical condition who may not have any symptoms Diagnostic tests tend to be more complicated, more expensive, most time-intensive and have great risks for patients. Screening tests are ideal for picking up disease in people without any symptoms to catch things early. People who have positive test results are then referred on for further diagnostic testing to confirm whether they have the particular medical condition. Diagnostic screening then, is used in people who we have a high suspicion might have a disease, either because they have a positive screening test of because they have symptoms.

Getting back to myelopathy, there are currently very effective diagnostic tests, based on a combination of a doctor’s history taking, physical examination and an MRI scan. However, there are currently no screening tests for myelopathy. Putting this in the context of the subtle symptoms of myelopathy (Davies et al., 2018), the fact that myelopathy is currently being diagnosed too slowly (Behrbalk et al., 2013), and the duration of symptoms before diagnosis are thought to be the most important factor determining how well patients get on in the long-term after surgery (Ebersold et al., 1995), a myelopathy screening test sounds a brilliant idea!

Developing and testing such a screening test is exactly what the researchers have done!

HOW: The researchers developed a 4-question test based upon previous research and their experience of the most common DCM symptoms. The test involves asking the patient each of the four questions. The four questions are:

1. Have you noticed that you are dropping things or that your hands feel clumsy?

2. Have you felt more off-balance or unsteady on your feet?

3. Do you feel weakness in one or both of your arms or hands?

4. Do you feel numbness or tingling in one or both of your arms or hands?

The researchers then asked the questions to 46 myelopathy patients and 46 patients who did not have myelopathy. This study design is called a case-control study.

The researchers experimented trying different combinations of how many responses to the DOWN questionnaire had to be positive to define a positive overall test result. There are various measures that can be used for this. Bear in mind that with any test there is always the risk that the result might be positive because a patient has another medical condition, or due to chance, rather than the medical condition that the researchers are interested in. Therefore, researchers use a combination of statistical measurers to check how good a test is. One measure is called sensitivity, and this tells researchers how good a test is at identifying people with a particular medical condition, for example myelopathy. Another measure is specificity, which tells researchers how likely a positive result is to be because of myelopathy rather than being positive because of another medical condition or due to chance.

Ultimately there is a trade-off between sensitivity and specificity – the better you make a test at identifying all cases of a particular medical condition (increasing the sensitivity) the better it becomes at identifying people with other medical conditions (decreasing the specificity). High sensitivity is desirable in a screening test to act like a net to catch as many patients as possible who have myelopathy. We can then use other tests to rule out those who do not have it later. However, this approach is not without problems, especially as it will inevitably involve a lot of unnecessary anxiety for patients with positive screening tests who later turn out not to have the condition after all.

In the end, the researchers recommended using cut-off of 3 positive answers to define an overall positive test result, meaning a patient is likely to have myelopathy.

SO WHAT?: Myelopathy is very difficult to diagnose early. Most patients present with subtle symptoms to general practitioners, who have very broad medical knowledge but do not have the same expertise in myelopathy as spinal surgeons. The development of the DOWN screening test has great promise to screen patients, facilitate earlier diagnosis, and reduce suffering for patients. Increasing age is a risk factor for myelopathy, which is predicted to become commoner with ageing population. This makes all the more need for a test like the DOWN test.

NEXT STEPS: the current study was conducted on a relatively small number of patients who were part of a very well-defined group attending a specialist spinal service. Given that the DOWN test will be used mainly by general practitioners on the general population, a follow up study is needed to check the results in a larger and more diverse group of patients. It may also be worth studying whether using different questions can improve the test. 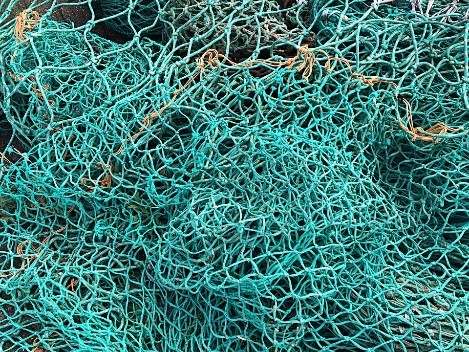